In this article, I will talk about how to use dependency injection (DI) in a Typescript Vue app with Awilix.

Before I go ahead and just talk about how to implement it, I will explain why I use DI in the project and what I want to achieve.

Some months ago, I got a ticket to implement a preview mode in a widget repository. This widget is a checkout widget where the user will fill out some forms to pay for the product.

This widget is made with VueJS and is using Vuex to create some modules. Almost all modules have one action that will trigger one request, set the loading state while waiting for the response, then it will get its data and save it in the module together with a success state. If the request fails, it will set the status as failed in the module.

So, to implement the preview mode I have to replace all these requests with mock data. For example, instead of fetching the API to validate the payment to get the response, it will return an object with a fake success response to prevent this request.

This way, the user can navigate through the widget flow without any request being made, removing the risk of changing something wrongly.

How to achieve the preview mode

First, let's check how to do this preview mode without DI.

As I mentioned, the preview mode consists of showing the app workflow while it is being used, but instead of displaying real data, it will display fake data.

To do that, we must only return fake data instead of hitting the real server. Doing that is very simple, you just need to add a verification on each server request to return fake data when the preview mode is enabled.

This would definitely solve the problem but I don't think is the best thing to do because we will need to add this verification on all requests.

Also, the preview mode logic will be spread in a bunch of files and we would add more complexity to each file. Because now, we must add a new responsibility: check if the preview mode is enabled.

Thinking in a SOLID way, it's always good to avoid this situation where a file has multiple responsibilities because that leads to a complex code with a bunch of logic, huge tests, worse readability, and hard to add a new feature or even fix a bug.

The last thing is if someone adds a new request in another file without knowing about the preview mode, it may break the preview mode. Because now, in one place of the app it will make a request instead of using a mock data.

I'm not gonna lie, I love the concept of DI and I always want to use it. Therefore, in this task DI was the first thing that came to my mind. But before that, I analyzed if it was worth doing, since by using it I would've had to refactor a bunch of files and if they had no tests, I would've had to create them to make sure everything would work after this big refactor.

But let's talk about DI, with it we can create a container where you can register some class or function with the implementation we need.

Let's go to an example:

Imagine we have an app that will validate your credit card. In this case, we can create an interface to specify how this service will work.

I'm assuming this will return a Promise because you may use an API to validate the credit card.

To implement it you must add a valid method with the same interface signature.

To use the credit card service we must use the container:

This way, the one who is using the container doesn't know what is the real creditCardService implementation. It doesn't even know the CreditCardMockedService and CreditCardApiService exist. It only knows that creditCardService.valid will validate the credit card.

With this strategy we can put the preview mode logic in the container creation, we just need to create a class (or function) with the real implementation and another with mock data. One good thing is that we will have two files, each file with your logic and context, with fewer responsibilities and easier to test.

A quick glance at SOLID

As you can see, now we will have smaller pieces of code, each one with it's own responsibility, which makes your code more SOLID.

By the way, if you don't know what SOLID is I advise you to search for materials about it. This will make your code clearer, and easier to test and understand. Here is a Sandi Metz video that I always recommend for developers that don't know about SOLID: GORUCO 2009 - SOLID Object-Oriented Design by Sandi Metz.

Now, going back to the main subject.

Before diving into the DI implementation, let's talk about the widget/project specs. In this project we are using:

As I mentioned before, the app's logic was inside the vuex modules, and they were structured like this:

The config contains all widgets configs that will be different according to each client or scenario. All the other modules contain app logic like:

Another detail, the whole store was not using typescript 😕. So, I first have to add types to all of them, and to do that I use vuex-module-decorators (v2.0.0) because its works like vue-property-decorator that we are using to create the components.

After refactoring all vuex modules with Typescript I started the DI implementation. The first thing to do was install awilix package, I choose this library because it's small and simple to use and set up it.

To show you guys the code and a real example, I created a repository on Github with the same widget pattern.

In this demo, you can search and list all users from Github and their repositories. You can change to preview mode to return mocked data.

So, when searching for a user name, it will request Github's API, which will return a list of users. When you select a user, the app will do another request to Github's API to get all the repositories to list in the app.

I called it sourceCodeService instead of githubService because this way I can create an implementation for any service like Github. For example, if we want to add support to GitLab, we just need to create a GitLabApiService and set it in the sourceCodeService property from the container.

Implementing DI in the Vue app

This module will hold the container's cradle, which is an object that will contain the implementations. Something like:

This way, I can access the current state from the container vuex module in other modules.
Here is the createContainer implementation that this module is using:

The createDIContainer is the function that the module is calling and it will receive an isPreviewMode property to know which implementation will be injected: SourceCodeMockService or GithubApiService. Here, I'm using awailix to create the DI container.

The last piece of the container creation is to trigger the updateContainer action from the Container vuex module. Otherwise, the current state will always be undefined. To achieve this I created a vuex plugin:

This plugin will trigger the updateContainer action through calling store.dispatch('container/updateContainer'). As you can see, there are two moments when I update my container:

To know when the configs were being changed, I added a subscription to the store. That will be triggered on every mutation, then I just check if the mutation is the one that will change my configs.

Now my container is working and synced with my configs. The next step is to consume this container in another module.

As I mentioned, in this repo the user will select a Github user by typing a name, then a request will be made to the Github API and I will list the users that will come from this response. So, here I create a vuex module to hold this logic:

The main thing here is the search action that will be triggered every time a user types a user name to search. To get the Container module I need to access this.context.rootState.container. Since this module has a current state that will hold the "real container", I must access it through this.context.rootState.container.current. The result of it will be the cradle that is an object with the services implementations.

Now, we can use this sourceCodeService to search the github user:

Is important to mention that the SourceCodeUsers vuex module doesn't know the real implementation.

In this app, I created a component called AppConfigs that will render a switch to enable or disable the preview mode.

Every time it changes it will trigger the updateConfigs action from Configs vuex module:

When this happens, it will also trigger my plugin that watches the mutations and consequently, it will re-generate the container.
Here is the flow when updateConfigs is triggered:
1 - It will update the Configs vuex module with new configs
2 - The containerPlugin will dispatch 'container/updateContainer'action
3 - The Container vuex module will re-create the container and set its cradle in current state.
4 - All places that are using the container will use the new implementation.

Using DI, we can avoid adding more complexity to each vuex module by extracting each logic in one class. I didn't put any samples here but we could also have clearer tests (check here all the tests: link).

Another win is that now your vuex modules requests are using a service so they don't know, for example, the fetch URL or anything about the request implementation, making it also easier to test.

I had a great time implementing this solution and I love the way it works!

But what are your thoughts about it? Do you like my implementation? Would you do something different? Don't forget to comment here 😉

Also, if you want to, you can fork my sample repo and try to add a GitLab or BitBucket integration 🚀

Thanks for reading my article ❤️

View all posts by Felipe Nolleto → 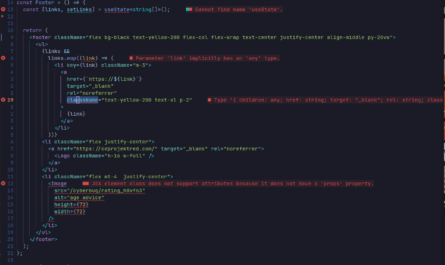 Using Dokku for rails applications on a Linode Server.

This is a step by step guide to configure Dokku on a Linode server. For more details visit Dokku docs, please. 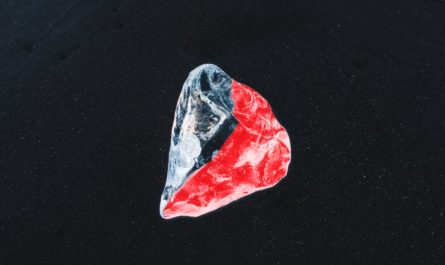 Optimizing our solution with Crystal