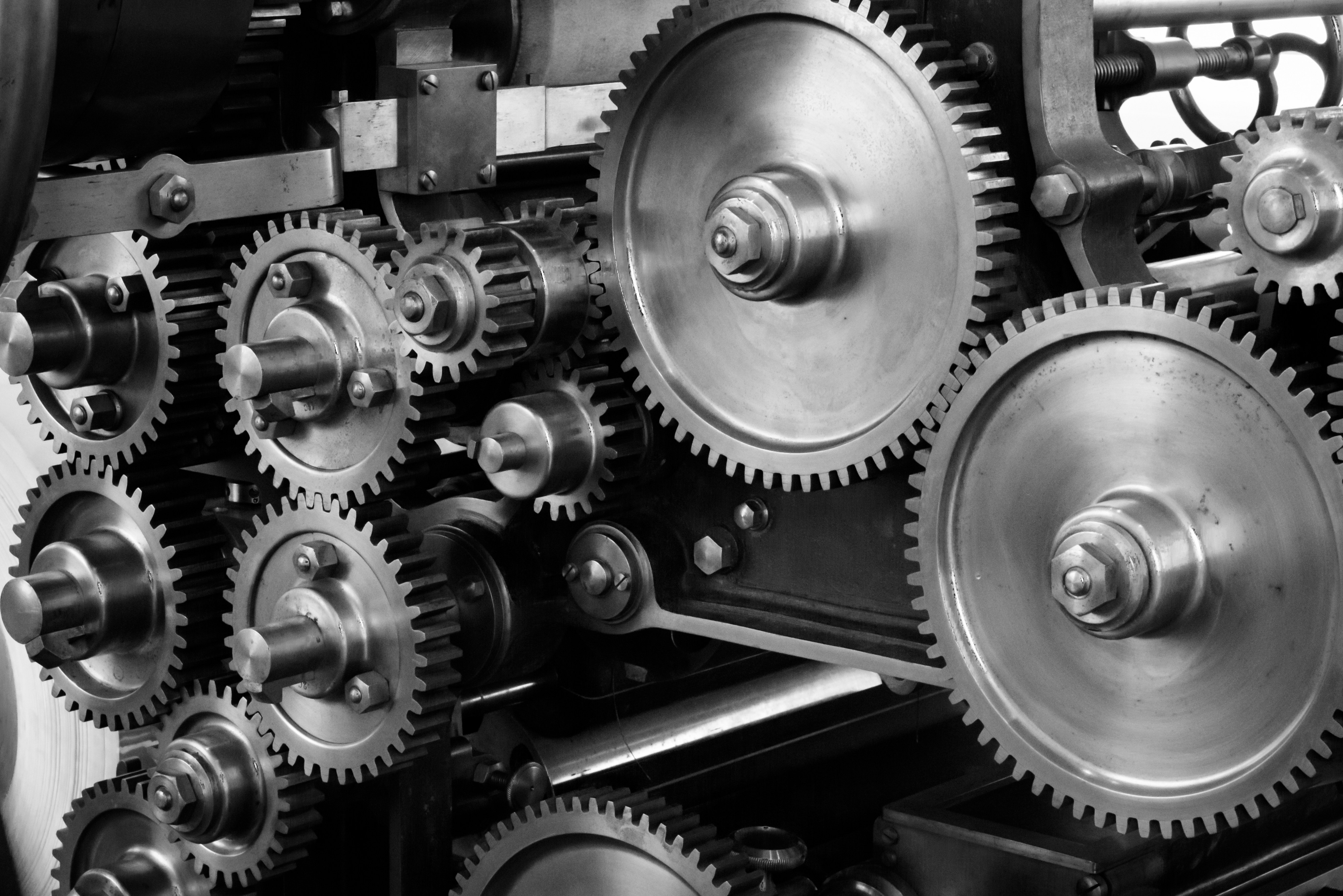 When I started my internship at CodeMiner 42 last October, I felt overwhelmed by information. So much new stuff to learn, and so much old stuff that I was doing wrong and had to improve on. It’s been a great way to improve myself as a person and mostly as a developer.

Usually, my workflow would go along these lines:

I repeated the last two steps for as long as necessary until the day came when one of my coworkers questioned why I did something the way I did. To which I replied:

“Well, I don’t really know why I did it this way. I only did it like that because Dieggo told me to” (Dieggo is the coworker I usually bother the most with questions.)

To which he responded something that stuck with me:

The whole purpose of me asking was to get you thinking and understanding what you’re doing, instead of just following orders.

Around the same time, there was an internship review in which several questions about my knowledge, on several topics, were asked, and a couple of them I had little to no knowledge on. Here I’ll be talking about the one that seemed the most important for me: Design Patterns.

I never paid attention to the design part of coding. Usually, I’d just worry about getting stuff done and making the code look pretty. By recently getting an early grasp on design patterns, though, I was able to understand why some things are done the way they are.

When I started exploring the subject, I learned about the *Strategy Pattern and Observable Pattern, *both of which I could understand with respect to why they existed and what would I use them for, but found no application of them in my day to day activities with Ruby On Rails.

Then I, after understanding what a design pattern was, decided to look for the ones that are more directly used with Ruby on Rails. But such content proved to be surprisingly scarce. The first design pattern I found I recognized by name: the Decorator Pattern.

Lo and behold: the Decorator Pattern

“I have used this already,” I thought to myself when I read the name and realized I’d used it on previous projects.

When I started studying decorators, I understood it as a way to remove logic from the views — after all, avoiding conditionals in there seems to be the right way to go about things. By taking a close look at it, though, my eyes opened to the actual depth it has.

Decorators are about adding functionality to an object without actually changing the object or its class.

Not to mention it’s a flexible alternative to inheritance that happens dynamically at runtime.

Using decorators to clean up your views

Let’s start with a simple example. Say you have a Client model with an email field. The client can optionally publish their email in their contact info page. How should you display the client’s email? Well, there are a few approaches to this problem. Either you create a method in the model for the view to display:

Or you decide it is the view’s responsibility:

I guess I don’t have to convince you that neither of these solutions is optimal. First off, your models shouldn’t be concerned with displaying information. It just doesn’t belong in there. And secondly, your views should be dumb and not hold any kind of logic. Their job is to just sit there and look pretty. So here’s the catch: where should this functionality live if not in the model or the view? That’s where a decorator comes into play.

The Draper Gem is a popular way to implement decorators in Rails, so I’m going to use it in my examples. And here’s something interesting:

“When used with the MVC view layer, the Decorator pattern becomes more specific and is usually called Presenter. All presenters are decorators, but not all decorators are presenters” — Thiago Araújo Silva

However, we’re going to stick with “Decorator” because it’s the convention adopted by the Draper gem.

First off, you should include the Draper gem in your Gemfile and run bundle install:

After that, you should run rails generate draper:install to create the ApplicationDecorator which all decorators will inherit from.

To generate a decorator for the Client model, run the following command:

If you look into the app/decorators folder, you’ll see a new client_decorator.rb file similar to this:

So I bet you already guessed the next step — creating the method inside the decorator, similarly to how people would do it in the model:

At first, there was a fact that I found hard to grasp: at the same time the decorator delegates to the underlying instance, it is able to access the instance itself via the object method. Therefore, calling object.email from within the decorator should return the email of whichever Client you’re decorating, which allows extending the email method.

To display the email in your views, you can simply call:

Well, now it looks a lot better! No more bloating in your models and views. Now let’s learn how to use the decorator. You can initialize it by passing the Client instance dynamically as a parameter:

Which means the object inside the decorator will be that Client.first! Now let’s finish it up by initializing the decorator in the controller’s show action:

Or if you want a shorter syntax:

If you don’t like Draper for some reason, you can still implement decorators in Ruby with SimpleDelegator , a jewel from Ruby’s standard library. A simple example would be something like this:

As the decorator pattern demands, SimpleDelegator forwards unknown calls to the underlying object and also allows overriding its methods.

Decorator as a generic pattern

Decorators are a great place to hold view-related logic, but the rest of your code can still make use of the pattern with great leverage. After all, decorators can be used to augment the functionality of any object.

For example, suppose you have an HTTPClient class with a single responsibility but you want it to support retrying requests. To not bloat the original class, you can wrap your HTTPClient in an HTTPClientWithRetry decorator:

We’ll skip the actual implementation of these classes, but I hope you get an idea of how useful the pattern can be to improve your code when it makes sense to use it!

This is potentially where people will start getting confused. The motivation behind services in Rails, in my experience, is similar to decorators: you have functionality that you want to give to something, but you don’t think it fits said thing, so you create another thing to do it.

So what’s a service?

A service is a top-level interaction layer responsible for coordinating the work associated with a specific use case or feature.

In other words, services can be understood as the immediate layer that the controller should delegate work to. They also enable the controller to do what it should: focus on handling requests and delivering responses.

So here’s the thing: you usually want your controllers and models to be skinny. You don’t want them to become bloated and thus harder to maintain. And as I said, your views should be dumb, as dumb as they can get. They need to just stand there and look pretty.

Say you have a payment system. It creates orders and calls into an external API to check whether the card the user entered is valid, has enough money, and so on and so forth.

The first solution to this problem could be something like this:

Such code makes my spider sense tingle. Steps 1 to 4 feel out of place, and should not be the controller’s responsibility. Step 5, on the other hand, looks very much like something a controller should do. Is that the case for a decorator? No, because a decorator would hinder the ability to use the code outside of the context of a controller. A ControllerDecorator is definitely out of question.

What to do then? You clearly need a stage where the interaction between these four different pieces — an API caller, a parser, an order creator, and a messenger — will happen, and it’s clearly not the controller.

To solve this problem, you can create a service class. Something like this:

The nice thing about a service class is that you can test it without spinning up a controller, and also reuse it in other places.

And now your controller can simply call the service:

Which just straight up just looks a lot cleaner and improves readability and maintainability! It has the same functionality as before but doesn’t bloat your controller with code not relevant to it.

But hold up, we’re not done yet. All we’ve done was relocate code from controller to service, but we can still do better and improve the code:

Great! There are four things worth noting in this new version:

And here’s the final version of the controller:

The concept of “success” is encapsulated within the result object, and the controller is therefore exempted from knowing about these details.

If you’ve read it all the way down here, I hope you’ll finish your day with a bit more knowledge then you started with, and even more so if you’re a rookie like me! So go forth and use your newfound knowledge on a couple of design patterns to wreak havoc and write some really good code.

The Power of the ::before and ::after CSS Pseudo-Elements

What is ::before and ::after Pseudo-Elements and how to use them!

The Dark Side of Flutter: What Frustrations Should You Expect?

Copycatting netcat: from Node.JS to C

Let’s get to the heart of streams, how they work and some classical problems.