In this article, we’ll be talking about a widespread concept of Functional Programming called Tail Call Recursion (or Tail Call Optimization or just Tail Call). If you have been around FP for some time, you might have already come across this concept, but if not or you want to know more, climb aboard and let’s get into it.

What tail-recursive functions are?

The first time I saw this concept was when reading Joe Armstrong’s book “Programming Erlang: Software for a concurrent world”. In this context, he was using it on Erlang processes that ran in a recursion that never stops. Below we can see his words about tail calls:

That makes sense. If we need to run a function forever we need to save our stack and tail calls are what should do the trick for us.

Right after that, studying another language (Elixir) the concept of tail-recursive functions came up again, but this time with a different perspective. For this case, tail-calls could be used not just to save stack, but also to save heap memory as well, and beyond that: they should be faster than a recursive-body function. After running some tests I got some quite unexpected results.

Before talking about these tests and their results, let’s know what a tail-recursive function looks like in its form.

Note: When you use accumulators, you’ll fall into using tail-recursive functions.

The misconceptions about tail-recursive functions

In the book Learn Functional Programming with Elixir, there is a comparison between the two types of factorial functions. The results presented are very interesting. As suggested by the author, I implemented two functions, one using tail-recursion and the other not, and ran them by time looking at the memory usage with Activity Monitor of MacOS and the results were quite similar to each other.

To get more precise results I used a Benchee and ran these two functions with different inputs. The results can be found at https://gist.github.com/geeksilva97/909ebb54029033dea0afbd0206e853ea. As you can see, there’s not much difference between them. Both reach memory peaks of ~6GB when calculating the factorial of 150.000, for instance.

Researching about tail-recursion in Erlang/Elixir I found some interesting discussions and documents. I started by reading the The Seven Myths of Erlang Performance again and I was led to this great blog post about tail-recursion specifically. Starting from these two links I found a discussion involving Robert Virding (co-creator of Erlang) where he makes it very clear when he says:

…the main case where is TCO is critical is in process top-loops. These functions never return (unless the process dies) so they will build up a stack never to release it. Here you have to get it right. There are no alternatives. The same applies if your top-loop is composed of a set of mutually calling functions. There there are no alternatives. Sorry for pushing this again, and again, but it is critical.

In other cases my way of choosing is the one that gives me the most intelligible code. And that varies depending on what the function is supposed to do and how I choose to do it.

I agree with Armstrong’s quote mentioned earlier. So, let’s back to the title of this post. Based on these rich discussions we can conclude that tail-recursion isn’t enough. Sometimes tail functions might perform better, sometimes they won’t.

What shall we do?

This article is not intended to be a silver bullet. It’s all about bringing up some experiments that I did and some researches that led to other experiments done by more experienced people. The goal is to open your eyes to this possible trap you might fall into.

As a beginner in functional programming, prefer to stay safe. If I could advise you, I would say “Don’t assume, prove it.” I think it should be done for (almost) every situation.

Sometimes it will not be a choice, but when it is, you could list the pros and cons of writing a function in a specific way. Following Robert’s advice prefer to make code clear, understandable, and more:

[…] I agree that you should know what it gives you and why and when it is important. There are many cases where you end up with TCO as a result of a solution you chose for other reasons. For example often when you carry values around in accumulators you end up with a tail-recursive function even if this was not the goal.
And the efficiency always needs to be measured. Saving stack can however save you Garbage Collection even if you may not save memory.

In this article, we learned a little about tail recursion and discussed its effectiveness.

Our conclusions were based on our tests and some quotes from books and forums involving not only the creators of Erlang but the creator of Elixir as well.

The bottom line of the article is: Don’t blindly believe the information you find in books, blog posts, or anything like that. Be critical and do your experiments. Try as many cases as you can (especially if you’re a beginner) and if you get unexpected results, try to find out why. If you can’t figure out why find out someone who can.

I plan on trying more experiments, even on other OTP versions. If I get some interesting results I’ll make sure to bring them back here and update the article. 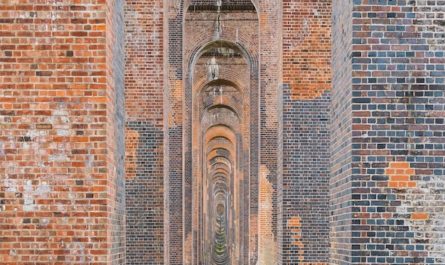 Recursion and Iteration Part I

4.5 Ways to Install Ruby in Userspace

TL;DR RVM is the fastest way to get things up and running. I really enjoy chruby and docker, try them if you have time ;)